Today’s tutorial is DIY Pain and Panic Costumes inspired by Disney’s Hercules! Hello, It’s Whitney from Sew Whit Designs, and I’m back today sharing one of my VERY favorite things to sew! Halloween Costumes! I’ve been sewing my kiddo’s costumes for the past 14 years! And usually, they include a Peek-a-Boo Pattern, or two. (check out Halloween 2020 when we were all Villians)

For Halloween 2022 we chose to do Hercules – I made my boys Pain and Panic Costumes!

As I was brainstorming how I could make my Pain and Panic Costumes come to life I immediately thought of the Ultimate Costume Creator Pattern! However, my littles insist on shoe covers, (I’ve created monster, no pun intended. ;)) It’s just part of the magic I guess to have your real shoes covered. So in order to create those, I mashed the Classic Zipper PJ’s for the perfect cute little Demon Costumes.

Here is how I did it…

For the fabric, I choose to use Fleece from Joann’s for these costumes for a couple reasons. 1. Its fairly inexpensive 2. It comes in lots of colors 3. It will keep my kids warm trick-or-treating on Halloween night. Fleece worked great for both of these patterns.

I started by cutting out the Ultimate Costume Creator…I did a size 5 width with a 7 height for my little guy. (hence the extra lines on the projector.) I measured and figured out where to add the footed part of the PJs and it ended up being just about perfect on the “CUFF CUT LINE” but you will want to measure and compare to your kid, or an existing pair of pajamas before you cut.

After cutting the costume creator off at the “cuff cut line” I opened up the Classic Zipper PJs Pattern and laid it on top of the already cut costume creator.

I cut out the arch and the top of the foot from the footed PJ pattern.

I also needed to cut out some extra pattern pieces for the Tail, (and tail end) the nose, and the two horns for Panic. These I free handed. If you are short on fabric, or nervous about making a mistake you could always make a pattern on paper first.

At this point you can choose if you want to stuff your tail. I did not stuff these. Then pin the tail marking on the back of your pattern pieces. The tail will be sandwiched between your back pieces at the center back seam.

Next up I did the 2 horns on the top of Panics Head. Just like the tail I started on the bottom short straight edge, sewed up to the tip, pivoted and wend back down the other side.

Trim the seam allowances, especially at the tips so they will easily point when turned right side out. These Horns, along with the “beak” I did stuff with poly-fil.

I wanted the beak to be a little more three dimensional, so I added a 3rd triangle shape to the underside. Pin the triangles together along the long sides to the point and sew. Trim the seam allowances at the tip. Turn right side out and use scissors to poke the tip out.

After stuffing these pieces with fiber-fil you will add the Horns and the Beak to the Hood Part of the costume.

Next we will add the smaller horns. Try on the hood and marke the spot you want to add the horns. Measure and make sure you are placing them evenly on each side of the hood. Mark the horn placement with pins.

Cut a slit into the hood just barely wide enough to slide the horn into. Slide the horn in the slip and sew on the back the same way as you would sew a dart. Start on one side on the very edge of the fabric gradually sew across the horn/hood edge and taper at the other end.

I sewed up the side seams as normal according to the instructions. Added the Center Front Zipper and added the tail into the center back seam.

I decided to use boning around the waist area to make the costume stand out and hold its shape. I cut a strip of fleece 1/8″ wider than the boning. Starting at the center front zipper I pinned the fabric “channel” around the entire costume taking care to make it even around the waist area. Then I stitched around the casing on the top and bottom of the channel.

I also cut a wig in half and used the front part as Pains Hair. I sewed a straight basting stitch right down the middle part onto the hood.

The Pain and Panic Costumes Feet

The pictures will show how I did Pain’s feet (Shoe covers) but I did Panic’s exactly the same way. Sew the top of the foot to the bottom of the leg just like the directions call for.

Instead of adding the bottom foot pieces like the normal classic pajamas we are going to add a band instead.

Take a measurement around the entire foot piece to determine how long to cut your band. Normally you would need to worry about adding the seam allowance to this “cuff” measurement, but the fleece has enough stretch to it that I didn’t bother adding it and it worked great.

I cut the band width 2 inches wide. After the band is cut, sew the two short ends together. then fold the band in half (hot dog style) with the wrong sides together. Pin the folded band around the outside of the foot and sew all the way around just like if you were putting on a cuff or neckband. flip the band down.

Next up were are adding “claws or two toes” I sewed these up just like the horns listed above except smaller in length and a little bit straighter than the horns. You need 4 per costume. Construct just like the horns. Stuff with fiber fill and then attach to the top of the foot near the seam. Stitch and flip down.

You may want to tack the claws/toes down by hand. From the underside of the foot, piece stitch up and catch the bottom of the claw and back down and knot. This will keep them from flopping as they walk.

Take a rough estimate of how much elastic could go around the child’s shoe. To keep the covers held down over the shoe. It shouldn’t be so tight that the child can’t get the elastic straps over the shoe but short enough to hold the cover down on top of the shoe.

Pin across the bottom opening and stitch parallel to the band along the bottom of the foot.

The last step is to make the eyes! For the eyes, I cut a circle approximately 2 inches in diameter. Run a hand-basting stitch around the edge of the circle and then pull the thread to gather the edges together. Stuff with poly-fil the desired firmness and shape that you want.

Not the basting stitch and hand sew the eyes to the top of the hood. Cut a black circle out of felt in the shape of the pupil you want and hand stitch or glue to on top of the eyeball.

Their wings I purchased at dollar tree! They were green foam so I pained them with metallic acrylic craft paint. It took 2 coats to completely over the wings. And I’m thrilled with how well they turned out!

At the very very last minute Pain insisted he needed some “Air-Herc Sandals” so I cut strips of felt and made some vinyl lettering on the Cricut and since we were down to the wire, I hot glued them to his feet.

And there you have it – the pain and panic costumes!

“Pain & Panic at your Service!” ready to do Hades bidding!

We’d sure like to thank Whitney for this fun tutorial for Pain and Panic Costumes. 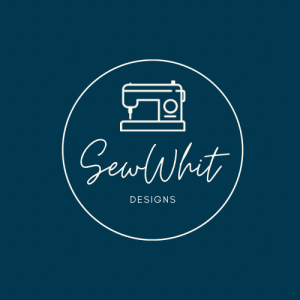 Hi I’m Whitney. I’m a mom to five amazing kiddos and wife to a great guy who supports me in all my crazy endeavors. I have a bachelors degree from BYU in Family and Consumer Science Education with an emphasis in Clothing and Textiles. I have taught middle, high school and beginning college lab sewing. I’ve have also worked doing custom bridal (including my own wedding dress), swim and dancewear and worked as a Production Assistant. I love being part of the online sewing community, and love teaching, and learning about all things sewing!