Several years ago, I decided to make my kids into Beauty and the Beast and came up with this fun DIY Beast costume! We love Halloween around here, and you’ll find that we have many different patterns and tutorials HERE.

We also have some excellent costume sewing patterns for Halloween Sewing. Our favorite is the Ultimate Costume Creator. It is a base that you can use for hundreds of costumes. But today….we’re sewing the Beast from Disney’s Beauty and the Beast. Check out this DIY Beast Costume Tutorial and PDF Sewing Pattern to Make Your Little Man Into a Little Beast!

I’ve provided a free tutorial for the Beast coat or jacket costume. I’ll also show you how I made the hat and mittens using some Peek-a-Boo Patterns.

Also, just as a reminder, we also have the free tutorial for Belle HERE. The Belle Costume – also inspired by Beauty and the Beast – shows you how to make Belle’s yellow dress from the Ball. To make the costume, I used satin and sway fabric. The tutorial will give you step-by-step instructions on how to make the costume, and you can make sure to have a Beauty to go with your Beast.

Alright, now that Belle’s out of the way, let’s focus on the Beast costume from Beauty and the Beast. Watch out; the Beast has a bit of a temper…at least at our house 🙂

As much as I love that little face from the front, the back view is equally hilarious 🙂 Anne was this costume project’s creative director and ensured I didn’t forget his ponytail and blue bow.

Ready to make your own little Beast to go along with Beauty?! Beast’s costume has a lot of elements, so we’ll take it one step at a time… The coat is the most involved element, so we’ll start there.

The costumes jacket has fun gold trim, the classic shawl collar, and cute as can be coat tails 🙂

My jacket is an 18 mos size. I used around 1/2 yard of blue costume silk and scraps from Belle’s dress for the collar.

The pattern is an 18 mos but if you need a different size, here’s what I did to make it:
I started with the Little Gentleman Suit Jacket and then just started trimming away 🙂 Take out the back seam allowance since you will be cutting on the fold and omitting the rear vent. I shortened up the side seams so they’d end right at the waist and then added tails in the back and an angled front. The Beast’s jacket doesn’t overlap in front (it’s just open), so I trimmed the front down too, and added a curve to the neckline. Hopefully, that will give you a good starting point.

Beast Costume Step 1: For the sleeve trim, I cut a strip of yellow, folded the edges under, and topstitched about 2″ up from the sleeve hem.

Beast Costume Step 2: Sew the front and back of the jacket together at the shoulder seams with the right sides together (RST).

Beast Costume Step 3: With RST, sew the sleeves into the arm openings.

Beast Costume Step 4: With RST, sew up the costume sleeve inseam and side seam in one continuous seam.

Beast Costume Step 6: Turn the collar right side out and topstitch along the outside edge.

Beast Costume Step 8: With RST, sew the facing pieces together at the shoulder seams and side seams (sorry, no photo).

Beast Costume Step 9: With RST, sew the facing to the jacket along the outside edge. Clip the corners and along the costume neckline.

Beast Costume Step 10: Flip the facing inside the costume jacket and topstitch around the entire outside edge. And that’s it! Not too bad, right? 🙂

The Beast also wears a yellow vest, but I didn’t find that too essential to the costume and left it out. If you’d like to sew one, the Little Gentleman Vest would work well. It includes pants too if you need those to finish up the costume 🙂

Sewing the Cravate (Neck Ruffle) for the Beast

The other defining feature of his costume is the cravate. The lovely “neck ruffle,” as I call it 🙂 I spent about 2 minutes on this, so it’s a straightforward costume addition. I cut a long rectangle from white knit and a super skinny one for the tie.
Lay the tie on top of the bigger rectangle.

Then wrap the rectangle around the tie and bunch it up around the middle. I made a few pleats and secured them with a needle and thread and then added a blue button. Super easy! He wears a collared shirt with his costume, so I tie it on, but you could do velcro instead if that works better for you.

For the little furry Beast head, I used the Snow Day Hat and Mittens Pattern with the ear flap option. I added the ears/horns before sewing the two halves of the hat together. If you need help with the ears, the Big, Bad, Wolf tutorial from last year might be helpful 🙂

I added the “ponytail” before attaching the top of the hat to the hat band. The Beast hat is lined in brown fleece along the ear flap to keep it snuggly warm and itch-free. The outside is faux fur.

To finish up the furry portion of the costume, I made some little mittens. I didn’t even bother with thumbs since they’re so thick. They are also lined in fleece to keep them from being itchy, and I slipped in some little fingernails made from felt before sewing the front and back of the fur layers together. Once I had a fleece mitten and fur mitten, I just slid the two together with the wrong sides together; I added a little casing at the wrist for the elastic and topstitched the bottom edges closed.

The costume slippers are just basic slippers but made of fur and with little toenails. I think they might be my favorite part 🙂 If you’ve never made slippers and need help with the basic process, the Duck Slippers might be a good starting point.

The costume tail is just a simple tube with a bit of fluff. I topstitched the end shut and sewed it into an elastic loop to slip over his waist.

What Pants I Used for the Beast

The Beast pants are black, so you might already have some, or you could grab a pair at the store. Will needed new church duds anyway, so I sewed up some Classic Chinos for him in black corduroy.

I snuck in a little fleece lining for extra warmth. And I couldn’t resist including the little welt pockets on the bum 🙂

There you have the DIY Beast Costume…. make sure you make a Beauty to go along with your Beast. Making a homemade costume is a lot of fun. I hope you enjoy it! Happy Costume Sewing!! 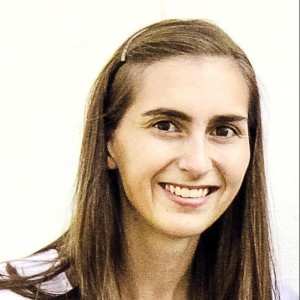